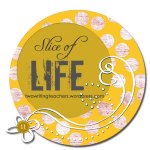 Gems in the nightstand

I was cleaning out my nightstand drawers and came across several writing gems.  One of those gems were the writer’s notebooks that my children used when they were in elementary school (the boys are now 19 and 16), another gem was a notebook I began 10 years ago containing memories of my pregnancies, their births, and noticings  during their first years, and the third gem was a story I had written 15 years ago.

The inspiration for the story was my son’s fascination with buses.  During that time we lived in NYC and his babysitter lived across a bus depot.  He was fascinated by their lengths, sounds, and colors. Everyday when I picked him up, he would point and cheer, “the bus, the bus!”  This continued for weeks until one day I surprised him and said “let’s go on the bus and surprise daddy at work.”  You can just imagine how excited this 2 year old was as we walked to the bus stop, boarded the bus, and pointed out everything he could see from the window.

It is one of those day that will forever stand out in my mind.  The excitement he had was contagious.  Other people on the bus began to laugh as he would jump and cheer on the ride down Lexington Avenue.  When we finally arrived at our stop, he skipped all the way to daddy’s job and told him (and everyone else in the building) all about his ride on the bus.

I shared the story with my son who began to laugh and vaguely remembers the bus depot.

I am so thankful I found the gems in my nightstand.  I think it’s time to add more to the vault.